Charlize Theron was nominated for ‘Best Actress’ Margot Robbie was nominated for the “Best Supporting Actress” and “Best Hair and Makeup Design” awards in Bombshell (2019), which was released on December 20th. The film that won an Oscar for Best Hair and Makeup Design at the 92nd Academy Awards; was about the sexual harassment charges of Roger Alias, founder of Fox News, and the facts based on real events which shocked the world. Charlize Theron reenacted Megyn Kelly, one of Fox’s best announcers and news commentators. Gretchen Carlson, the channel’s successful and brave presenter was played by Nicole Kidman, and John Lithgow reenacted Roger Ailes, Fox News CEO.

The performances of the actors fascinated the movie enthusiasts with their similarities to the real characters and made the Bombshell movie among the trending productions of 2019. 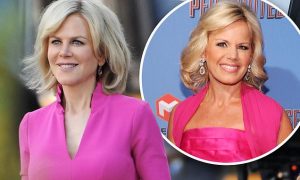